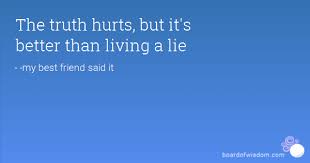 Before I got married my husband, Fiifi, whose two babies I aborted, I was with Edem. I met Edem at the university. We were in the same class. I don’t remember the specific time that we fell in love. It’s been that long and some details get bleak with time. But I remember when he proposed to me and how I didn’t think twice about it. I said yes. I wasn’t that hard to get (smiles).

After university, I introduced him to my parent. My mom didn’t have any problem with him but dad was sceptical. He didn’t trust we could have a future together. He always said: “School love is school love. It hardly translates into anything of note”. I knew he was telling the truth but somehow, I wanted to believe our story was different. We kept going and hardly had troubles we couldn’t overcome.

After our National Service, it became very hard for Edem to get a job. Luckily for me, I was maintained at the company I had my service. The fact that he couldn’t get a job immediately got him restless, leaving without faith in tomorrow. I kept supplying some of the things he needed and this was hurting his ego as a man.

Luckily, his uncle living in the US arranged for him to join him there. The day he told me about it, I couldn’t contain my joy. “If Ghana doesn’t want you, US will,” I remember telling him teasingly. I heard his signature laughter that night after a long while. There and there I knew it was well with his soul once more.

The night before Edem flew out of Ghana, we stayed up all night thinking about the future. He said “Cee, I will work very hard when I get there cos I don’t want to live with my uncle for long. I promise you, after two years, I should be able to have you with me there.” I smiled. I trusted him. The truth was shining in his eyes and I had no fears but to believe.

Related: Personal Struggles: Reaching Beyond The Self

The day came. He had to leave. In that instant, I didn’t know whether to be happy or to be sad. It was a cocktail of feelings running through my head and heart. Yeah, the expected happen. I couldn’t control it. Tears came running on my cheeks. The truth finally came knocking; I was going to live without my Edem for so long. That alone was enough to break my resolve not to cry. We said our goodbyes and the taxi drove off.

One year went by very quickly. Very soon the two years was here with us. Edem hasn’t made it. He kept telling me all the bad news. I kept trusting because I knew his heart very well because I knew he would make good on his promises.

I was blinded by love but my parent weren’t. On my 27th birthday my dad’s birthday message to me was clear; “Cynthia, this is not the time to dream. You are a woman now. This is the time to live. Happy birthday and I pray you find a man to start a family with very soon.”

I replied; “But dad, I already have a man. Who else do I need?” My age was ringing a bell but my ears heard not…

On my 28th birthday, I had a very passionate conversation with Edem. Among other things, I drew his attention to my age and the fact that I’m wasting the flowery years of my life. I told him about the guy who was close to breaking my resistance with his charm. I told him about my dad’s insistence I get a new boyfriend. Immediately, I reminded him of all the friends who have married over the years and are raising beautiful families. I poured my heart out to him.

Related: I Found A Wife At The Brothel

He said something that made me cry all day. “You can marry to get off the family pressure. When I’m ready, I’ll come for you. You can seek a divorce when you get here.”

Tear filled my eyes because I felt Edem had given up on us. I knew that boy and his little faith when things weren’t going the way he wanted. I could imagine his face as he said that and I was broken.

But you see, I started considering his proposition. It felt like eating my cake and still having it. I can marry and still not lose my true love, Edem. Well, you might think it’s stupid because you are not in my shoes.

Don’t let me bore you with a lot of details. I got married to Fiifi.

I told Edem everything that was going on in my marriage to my husband. Even days Fiifi performed poorly in bed I told Edem about it. I was always comparing Fiifi to Edem and Fiifi never came up on top of anything. My instincts was telling me Edem was going to come for me. I always wanted to create the impression that my marriage with Fiifi wasn’t working so he could come for me.

Related: Karma Came Knocking On My Door Of Love

In our first year of marriage, I got pregnant for my husband and secretly aborted it. I didn’t want anything to come in-between my desire to live with Edem someday; not even a baby. Let’s say, I didn’t want to give Edem any excuse to say we couldn’t be together. I wanted no future complication with Edem.

Two years into our marriage, without a child, I realized Fiifi was getting uncomfortable. He found a way of bringing up children in all of our conversations. I kept assuring him everything was fine but he wouldn’t have that. He tried many other methods to get me pregnant.

The Second Baby I Aborted

I got pregnant again in my second year and had it aborted.

I started getting worried too. What if all these abortion led to my inability to have children when I needed them? To be on the safer side, I had an implant to prevent pregnancy for the next three years. All this while, I was praying with my husband to have a child. We even started taking herbal drugs to boost fertility. I didn’t take mine but he took his religiously.

Related: My First Crush….. Guess Who

I didn’t tell Edem about the abortions but I told him about the implant to avoid pregnancy. He was very pleased with it and even joked; “We don’t want any bastard to disturb your peace.” That gave me a lot of joy knowing I had his consent and his unconditional love. My strength came from knowing Edem was at peace though I was married to someone.

Then one day, everything came falling down; my world, my hopes, my foundation of a stronger tomorrow, all of them came falling down. And I fell with them too. Pieces…that was all that left of me. For one whole week, all my calls to Edem went to the answering machine. I left him messages on Facebook, he didn’t respond. I sent him Whatsapp messages, which he read but didn’t answer. Surprisingly, I didn’t get worried. I knew that boy. Sometimes little problems could push him away but he always came back to his senses. So I wasn’t worried.

Related: Bad Boy Stories: Get Ibuprofen, Not a Condom

A friend called to tell me she had met Edem in town. She went on and on about how good he was looking and how he was able to recognize her immediately they met. At first, I didn’t believe it. Edem couldn’t have done that. And then somehow, I convinced myself that maybe Edem was trying to surprise me. I called most of his friends and asked if they had any knowledge of Edem’s arrival in Ghana. The answer I got from all of them was a no. His parent didn’t live where they used to live. They had moved.

For the next week, I kept sending Edem hundreds of messages. He read them but didn’t reply to any. I told him I knew he was in Ghana and asked him to cut any such attempt to surprise me, cos my heart was breaking. None of my messages was dignified with a response. I kept my cool and watched life play out.

Related: Love or Whatever… My Life Story

One morning I tried checking him up on Facebook, only to realise he had blocked me. I tried sending a message to him on Whatsapp; there too, he’d blocked me. I got the message…

One weekend, I received images from the same friend who met Edem some time back. Even when I hadn’t downloaded the images, I knew whose images they were. The images were Edem’s traditional wedding. My eyes started getting teary but I looked up to prevent the tears from falling. I remember telling myself; “Edem, I won’t let you deserve my tears. You’ve taken me through a lot of pain during these few days. That’s enough. Not my tears, Edem.” I realized I was shaking cos I had allowed myself to be overcome by pain. I went to the bath to take a long shower.

Related: No Sex Before Marriage Destroyed My Marriage

I went to the hospital immediately to have the implant removed. I had lost everything I ever hoped for so it was time to protect what I had left.

When my husband came home that evening, I threw myself on him and gave him a very long hug. Everything in me was ready to give my husband a threat. I saw how shocked he was but I really didn’t care. Poor guy! I felt I owed him a lot and that moment was the right time to make everything alright. I told him I missed him. Yeah, I’d missed him because for once, the blindfold was off and I was seeing him for who he was. He was that guy who stood by me.

Edem destroyed a world for me but I realized that world wasn’t mine from the start. The only world I had was the one I could build with Fiifi. I started building with him and now we have a world of our own. We have a kid, a girl and another on the way. I couldn’t have asked for more.

Related: I Wish I Had Cherished The Good Man God Gave Me

Story By An Anonymous Writer

You can submit your original story to us through cbforson@gmail.com

Before You Rent An Apartment In Ghana

My Dad And I Are Not Good Friends But …..

What Sleeping With Married Men Taught Me

To Top
Enter your name and email and get the weekly newsletter... it's FREE!

Introduce yourself and your program
Your information will *never* be shared or sold to a 3rd party.