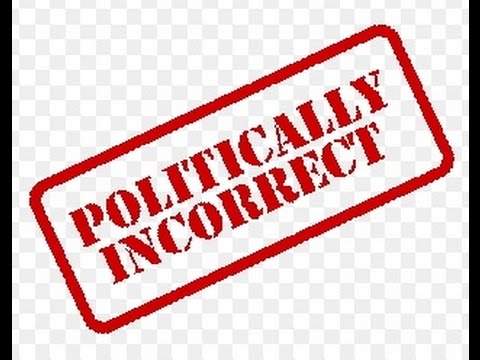 Onye Sormi is such an enigmatic phrase. In its truest meaning it’s a vulgar insult directed at someone’s mother but actually, it’s so much more than that. I speak three Ghanaian languages and each of them has tried to replicate it. But none has achieved the same oomph or range of emotions of the original “Onye sormi”.

Having spent two years living in Kaneshie, a predominantly Ga community, I managed to get some understanding of this enigmatic phrase. However, I think no one who isn’t a Ga can fully appreciate the joys of “Onye sormi”.

I will attempt to catalogue some of the various situations in which “Onye sormi” can be and has been used.

Every afternoon in Kaneshie, men of all ages would gather under trees to play Drought. Sometimes I would visit one of the game venues to enjoy the spectacle. Any time one player was in a position to take three or more of his opponent’s pieces; he would alert the spectators and count aloud as he took the pieces. With each count, the spectators would shout “Sormi!” After the pieces were taken and all the “Sormis” said, everyone would clap and start discussing how good the move was.

One time I was at the video centre watching Arsenal and Aston Villa when Alexis Sanchez scored a really stunning goal. The goal led to a spontaneous eruption of joyous “Sormis”. And each time the goal was shown, the “Sormi” was longer and more dramatic.

I came to the conclusion that when it was used as a sign of admiration, the “Onye” was dropped and just the “Sormi” was enough.

A stranger in Kaneshie or any Ga community for that matter could be forgiven for thinking “Onye sormi” was some form of greeting. Every morning’s serenity was shattered by what sounded like happy “Onye sormis”. Friends shouting them at each other; irritated people shouting them at dawn preachers and random people just shouting them because they could.

Often, but not always, “Onye sormi” is accompanied by a hand gesture that is sort of like a thumbs up sigh but with the thumb moving up and down. One thing you should know is that you can’t go interfering in friendly “Onye sormi”. If you are not friends, it is just a very offensive insult.

Gas are really quiet and non-rowdy. Don’t mind these Twitter people, we are sweet people. ‘Sormi’ is just a sign of gratitude.

One thing I noticed about “Onye sormi” is how one shout of it leads to many. Recently, I was in traffic on the N1 when two drivers got into some sort of misunderstanding. They suddenly stopped side by side with no regard for other road users and started exchanging heated “Onye sormis”. This led to other drivers becoming irritated. And they too started shouting “Onye sormi”. It was an Onye sormi buffet interjected with load honking.

Sometimes “Onye sormi” is not enough and I would hear people add other words for impact. I remember hearing Onye sormi kakalika (cockroach), Onye sormi 2 by 4 (why 2 by 4 I will never know); Onye sormi chin gom (chewing gum) and a few other inexplicably qualified ones. I came to accept that no one but a Ga can really appreciate the intricacies of “Onye sormi”

My first clear funny “Onye sormi” incident occurred when I was in class 5. Of course before then I myself had used it a few times but none of those were memorable.

I was in class 5 and I along with some kids were attending our first French class. We were learning to conjugate the verb “etre”. The teacher called each of us to read what he had written and needless to say, we struggled.

One guy was called to read “nous sommes”. The poor guy, who already had problems reading in English, had no idea what to say. The teacher encouragingly helped by pronouncing the first word, “nous”. The guy then confidently said “nous sormi”. This led to the class bursting into laughter which in turn made the teacher very angry.

Related: The Toilet Story In Tema: Letter To Landlords & Ladies

In conclusion, you should know that “Onye sormi” is not for everyone. Before you can trade friendly “Onye sormi” with anyone, you should have previously established a relationship with the person. Anything apart from that and you can expect a very angry reaction.

Go ahead and enjoy your “Onye sormi” but be circumspect and do it in moderation.

Ps: Onye Sormi is pronounced “Own yeah Sore-me” the more “or”, the longer you stretch the Sore.

Before You Rent An Apartment In Ghana

My Dad And I Are Not Good Friends But …..

What Sleeping With Married Men Taught Me

To Top
Enter your name and email and get the weekly newsletter... it's FREE!

Introduce yourself and your program
Your information will *never* be shared or sold to a 3rd party.